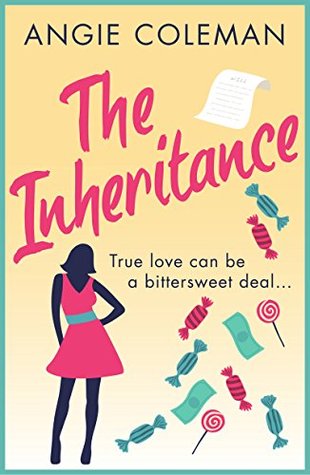 Twenty-four-year-old Ashley Morgan thinks her future is guaranteed when she takes over the reins of her family business. What could go wrong?

But when her father decides to give the job to Jamie Standley, his right-hand man, Ashley feels cheated and breaks off all ties with her father.

Three years later at the reading of her late father’s Will, she discovers to her horror that Jamie will continue to be director of Morgan & Hall, while she will only receive a small share in the business. But on one condition: that Ashley and Jamie work together and live under the same roof for a whole year…

Once again Ashley feels betrayed and cheated. To her, Jamie is an impostor and she is determined to make him pay. But forced cohabitation can sometimes have unpredictable consequences…

I read another person’s review of this that said it was a great idea but lacked finesse, and I can’t think of a better way to describe the outcome of this novel. In many ways it straddles the line between good and bad—in the writing, the characterization, the dialogue, and even the depth of conflict. I wanted to like this book so badly because it was nice to see a hero who didn’t hide his feelings, didn’t stamp around the edges of what he wanted. But there were times when he took it a little too far and headed into creepy territory, especially since Ashley told him multiple times that she wasn’t interested in him.

I think that was my main problem with the novel. I just did not understand Ashley. Not only did I think it was horrifying that she cut ties with her dad just because he didn’t leave her his business, but she seemed to feel no remorse for doing so, even after he’d died. And the two of them were close before the estrangement, too.

Then she spent almost the whole novel whining and complaining and generally being a diva about the situation. She was so adamant that Jamie was scum of the earth, even though he was actually super nice to her the whole time. The novel would have benefited greatly from a more complex conflict between the hero and heroine. As it stood, I didn’t understand why Ashley hated Jamie so much and I didn’t get why Jamie was so into Ashley. Mucho confusio.

All that being said, I still enjoyed watching Jamie’s relentless, charming pursuit. It was a nice change of pace from a lot of the other books I’ve been reading recently and I did come out of it with a little bit of a crush on the dashing hero.